Simple measures to cure and control the occurrence of phage contamination 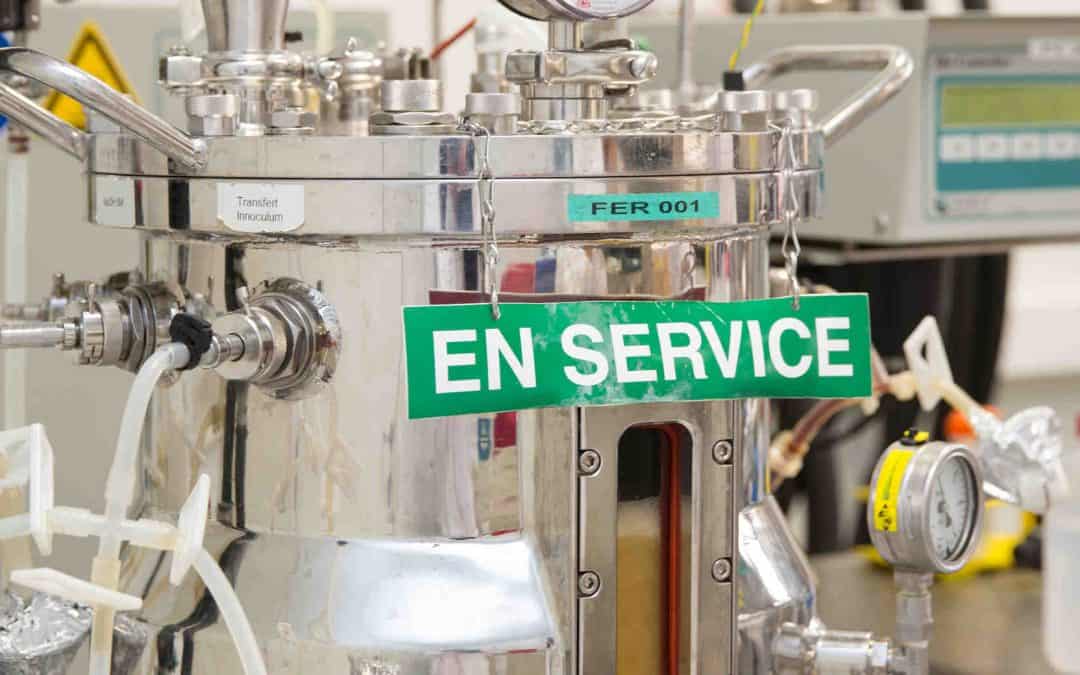 A panel of actions combining equipment, decontamination and monitoring that prove efficient in controlling phage contamination.

Both phage infection and prophage induction can be dangerous for ongoing and subsequent cultivations and need to be prevented (see our previous post on the subject).

In modern biotechnology labs biosafety cabinets have replaced Bunsen burners to provide a sterile environment. But while the Bunsen burner flame destroys the phages, HEPA filters designed to remove 99.97% of airborne particles measuring 0.3 micrometers  or greater , therefore potentially letting something pass through .

Would it be better to go back to the olden Busen burner? No, of course.

But this points out that the fight against contamination is focused on bacteria and fungi and that phage contamination risk is maybe under-considered also because it is more difficult to monitor on an ongoing basis. In case of phage contamination, you are often advised to use phage resistant strains. But for companies using a variety of expression strains that is not a solution.

Having recently faced several lambda prophage spontaneous inductions that we suspect to be related to a phage contamination (read our post on this topic), we have put in place risk mitigation and contamination response plans to prevent both cross contamination and phage dissemination.

We share here this plan that relies on simple methods, with non toxic products and that can be implemented virtually in any lab. Needless to say, its implementation had a significant positive impact on our operations

The crucial point to deal with after a phage infection is the cleaning and disinfection of all the laboratory equipment and rooms that could have been in contact with the phage. You should be aware that the process of getting rid of a phage can be very long. Phages may survive even in dry places for months. The disinfection measures together with the regular monitoring of phage concentration should be thought for the long term in order to prevent new phage invasion. Otherwise, the problems caused by phages could reappear suddenly even several months after the previous infection.

How to fight against phages?

Since they lack cell walls, phages are very sensitive to UVC. So UV irradiation, which is a well-known but sometimes neglected disinfection method in labs, is one of the most efficient method to fight against phage contamination. The difficulty we faced when looking at UV systems suitable for a laboratory, was that most providers offer only expensive industrial systems. We finally managed to find a company (Ultraviol) selling a range of small UV-C lamps that are perfectly adapted to a laboratory use.

But UV irradiation alone is not sufficient. On one hand because its efficiency is dependent on the distance between the UV source and the surface to decontaminate and on the other hand as it can not ensure the decontamination of hidden zones. So UV needs to be used in combination with a more intrusive technique such as fumigation. Classically, fumigation is performed with formaldehyde. This is an extremely toxic compound, difficult to manage without appropriate security equipment and its use requires perfectly closed areas to prevent any troubles.

After a careful look at the risks related to formaldehyde fumigation, we decided to look for an alternative product having the same properties than formaldehyde but less toxic. This was not an easy task as most of the products displaying a virucidal activity are not tested on phages. We found only one product fitting with our requirements: desogerm virex sold by Laboratoires ACI (which is a virucide with a proven effect on bacteriophages (according to standard NFT-72-181). The produt is not toxic – it is used in organic farming – and so does not require a totally confined environment.

Associated with a panel of preventive actions (see below the details), UV irradiation and dry fog disinfection with desogerme virex efficiently maintained a low phage level.During our subsequent monitoring of phage, none was detected in the lab during the  6 months following the outbreak.

Methods for measurement of phage level: