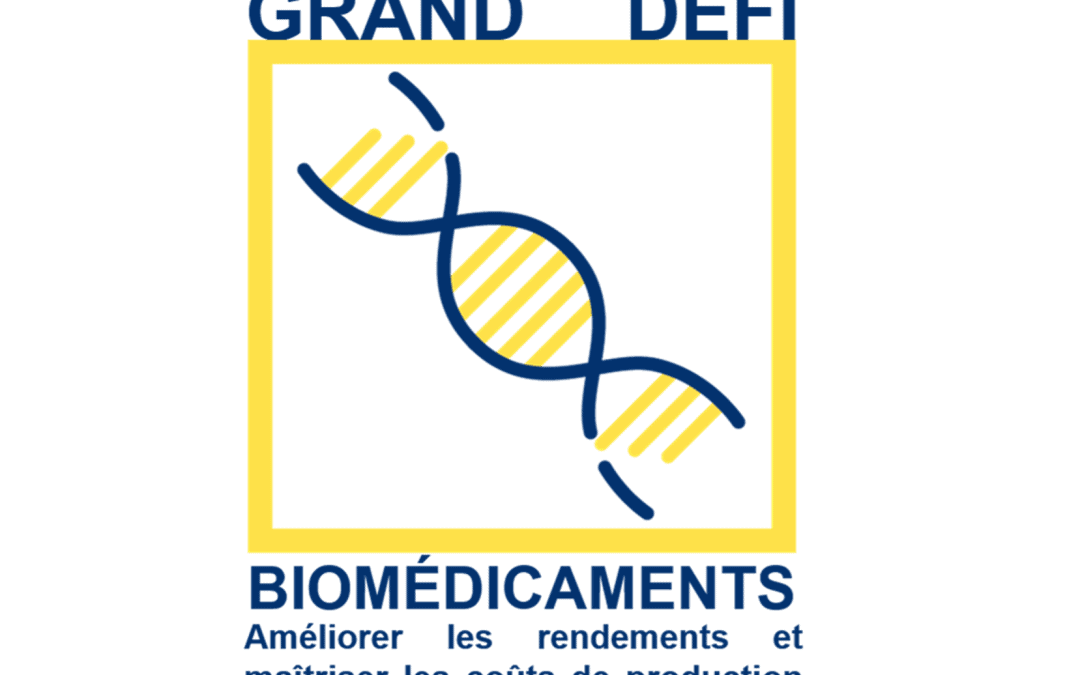 Paris, France and Cambridge, MA, United States, November 3, 2021 – Biomunex Pharmaceuticals, a biopharmaceutical company that develops cutting-edge immunotherapy through the discovery and development of bi- and multi-specific antibodies, today announces that its BiXAb5 project has received close to €3 million ($3.5M) in grants from the French government as part of the ‘Grand Défi Biomédicament’ scheme. A total budget of €5.6 million ($6.5M) is allocated to this project.

The BiXAb5 project is one of nine that were awarded grants by the French authorities, from a total of 90 applications. The project is being headed up by Biomunex, working in partnership with Institut Curie and GTP Bioways (formerly VBI Therapeutics). It aims to develop a new immunotherapy approach to cancer treatment, employing redirection technology targeting a subpopulation of non-conventional T cells. This follows on from a successful first joint project between Institut Curie (Paris, France) and Biomunex, which resulted in a patent application filing covering a universal non-conventional T cell redirection approach.

The project is based on bispecific antibodies generated by the BiXAb platform, which was discovered and developed by Biomunex. This next-generation ‘plug and play’ proprietary platform can quickly and cost-effectively produce bispecific antibodies from any pair of monoclonal antibodies as building blocks, with minimal engineering. This project could open the door to an immunotherapy that is safer and more effective than the T cell redirection immunotherapies currently developed (e.g. CD3, gamma-delta, etc.). It could be applied to a number of tumor antigens in a variety of oncology indications and used to treat both solid tumors and hematological malignancies.

The decisive criteria that has led to the selection of the project by the French government included the level of maturity of the technology, the strong business model with Biomunex as project leader, the capacity to generate private investments and create jobs, the integration into the French biotech sector and the medical needs covered by this project. This grant is a testament to the quality of the innovative bispecific antibodies discovered and developed by Biomunex using the BiXAb platform®. To support the project, approximately ten positions will be created in the short term.

“We’re delighted to be among the prizewinners that have been awarded grants from the French government, thanks to our partnership with Institut Curie and to GTP Bioways’ expertise in bioproduction. We see the grant as further recognition of the potential of our unique immunotherapy,” said Dr. Pierre-Emmanuel Gerard, founder and CEO of Biomunex. “Our strategic goal is to develop new and disruptive biological approaches using our next-generation bispecific and multi-specific antibody formats based on the BiXAb platform.”

In addition to this unique immunotherapy, Biomunex also develops a pipeline of innovative bispecific antibodies. One of these antibodies was licensed to the Swiss biopharmaceutical company Onward Therapeutics in February 2021, where it is being developed for use in the treatment of hematological malignancies. Other programs are being developed in collaboration with a number of academic and private partners, with the goal of starting the clinical development of several BiXAb antibodies from 2023.

Institut Curie, France’s leading cancer center, combines an internationally-renowned research center with a cutting-edge hospital group that treats all types of cancer, including the rarest. Founded in 1909 by Marie Curie, Institut Curie employs 3,600 researchers, physicians and health professionals across three sites (Paris, Saint-Cloud and Orsay), working on its three missions: treatment, research and teaching. A private foundation with public utility status, Institut Curie is authorized to receive donations and legacies. Thanks to the support of its donors, it is able to make discoveries more quickly, improving treatments and quality of life for patients.
www.curie.fr

GTP Bioways is a CDMO (Contract Development and Manufacturing Organization), offering unique services for the development of production processes and manufacturing of GMP active ingredients and clinical fill and finish products of biotherapies, recombinant proteins, antibodies, antibody drug conjugates and nanomedicines on microbial or cellular platforms. With its development and production sites based in France, GTP Bioways supports biopharma companies aiming to develop innovative molecules, from R&D through to clinical trials.
www.gtp-bioways.com

Biomunex is a biopharmaceutical company based in Paris, France and Cambridge, MA, USA, focused on the discovery and development of breakthrough immunotherapies based on its unique and proprietary BiXAb® technology to create next generation bi- and multi-specific antibodies for immuno-oncology. Its ‘Plug-and-Play’ BiXAb technology produces bi- and multi-specific antibodies, with minimal engineering, from any pair of monoclonal antibodies as building blocks, in a timely and cost-effective manner.
www.biomunex.com

Connect with our team and we will get back to you shortly.